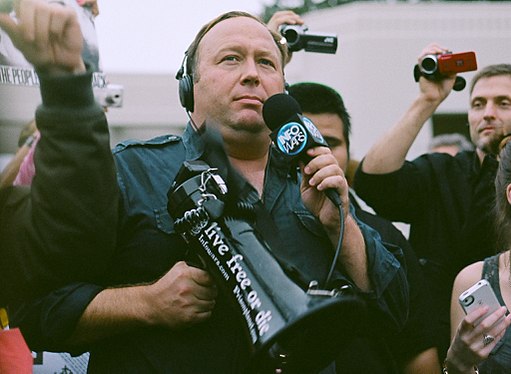 In early August, Facebook and other social media services banned content from radio/Internet shock jock Alex Jones. Surprising? No.  Jones’s  number was due to come up. The big players in Internet media have spent the last few years  attempting to appease the perpetually outraged (and therefore unappeasable) by banning and blocking a continuous parade of Most Despised Persons of the Week.

The apparent end game: Turning the Internet into the same bland, homogeneous goop we got from network TV circa the 1950s — content without any rough edges that might spook advertisers. And they’re using pretty much the same justifications as movie and TV studios did with that era’s McCarthyist “blacklists.” To paraphrase Henry Ford, you can have any color Internet you want, so long as it’s beige.

Facebook’s statement on Jones: “We believe in giving people a voice, but we also want everyone using Facebook to feel safe.”

Why on Earth would Facebook’s users require protection from Alex Jones? He’s loud and red-faced and nuts, but it’s not like he can pop out of the screen and grab us. We don’t have to watch him. We don’t have to press the play button, we don’t have to turn the volume up from mute, and we can even block other users who try to push him at us.

Business note to Facebook: These “I don’t feel safe” people will never “feel safe” enough to stop demanding that you reduce the content options other Facebook users enjoy. It’s not about their actual safety. It’s about their compulsion to run everyone else’s lives.

Presumably there are more people in the “other Facebook users” category than in the “make anything that might conceivably cause me mental discomfort go away” category. For now, anyway. Keep this kind of thing up and sooner or later people who want more out of social media than finger-painting and group rounds of “Michael Rowed the Boat Ashore” will leave Facebook and go looking for that mythical Wild West Internet the “Poor Me! What About My Feelz?” crowd is always whining about.

Facebook is  plenty big enough for “live and let live” to work just fine. We choose our Facebook friends. We control what we share with them and we don’t have to look at what they share with us unless we want to.