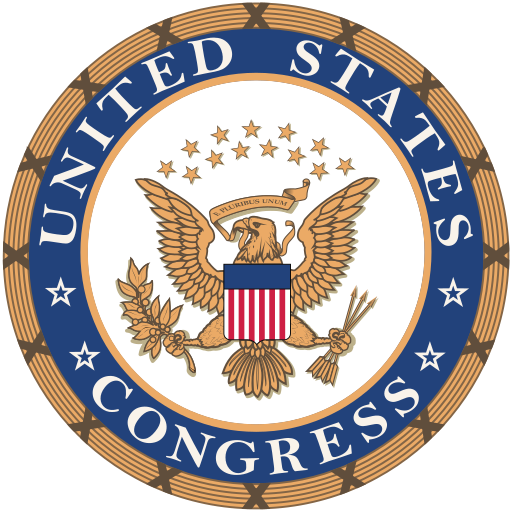 Though the word “moderate” appears 14 times in the story’s body (and three times in a graphic outlining “ideological measures and electoral statistics” for the nine Democrats in question), Rakich never explicitly defines the term other than implicitly as describing “centrist” politicians who sometimes cross party lines on contentious issues.

Webster’s offers a clue as to what might constitute a real moderate: “[O]bserving reasonable limits; not excessive, extreme, violent, or rigorous; limited; restrained.”

In other words, the exact opposite of Congress.

Congress is by definition — for example, the powers it claims under the US Constitution, even if it bothered to abide by that document’s limits, which it seldom does — an extremist organization.

Congress claims the power to seize the fruits of your labor — or, in the form of military conscription, that labor itself — for whatever projects it happens to fantasize into existence, and the power to cage or murder you should you resist.

For example, take the budget resolution and infrastructure bill that these “moderates” quibbled with the order of voting on.

In 2020, the Gross Domestic Product of the United States, according to the World Bank, came to about $21 trillion. That’s probably quite high given that government spending is treated as “production,” but it’s the best number I have.

If the World Bank is correct, the two bills in question alone —  excluding any and all other congressional spending, of which there will be plenty — presume to dispose of 21.4% of the wealth you created by busting your hump at work last year.

On the bright side, the Senate version of the bill did away with $80 billion in proposed funding for the IRS to bulk up the aforementioned caging/murdering of people who don’t fork over.

The nine supposed “moderates” Rakich analyzes have almost certainly voted during their terms in Congress to, by several orders of magnitude, steal more money than the Mafia and kill more people than al Qaeda.

The pretense that Congress is anything other than the most powerful combination of death cult and organized crime syndicate on the planet is even less convincing than that Bigfoot video your uncle brought back from his hunting trip in Idaho.

More than seven months after the fatal shooting of Ashli Babbitt during the January 6 riot, the Capitol Police Department officer who shot her is speaking out. “I know that day I saved countless lives,” Lt. Michael Byrd tells NBC News’s Lester Holt.

Maybe he’s right, maybe not, but he’s going farther than he has to go. The standard for use of deadly force — not just in the Capitol Police Department but generally — is not certain knowledge but rather, as the department’s policy puts it, a reasonable belief that said use of force “is in the defense of human life, including the officer’s own life, or in the defense of any person in immediate danger of serious physical injury.”

Did Byrd’s actions meet that standard? The events of the day, and the video record of the shooting, say yes.

Even setting aside the question of whether the 2020 presidential election was “stolen,” as many Trump supporters believe, and the bizarre theories of “QAnon,” with which she seems to have been affiliated, the story of Babbitt’s death is a story of  reasonable versus unreasonable beliefs.

It was unreasonable for Babbitt — especially given her description in online biographies as a 14-year Air Force veteran and former security guard at a nuclear power plant — to believe that she and the mob she joined could walk into the US Capitol and violently prevent Congress’s certification of the election without armed Capitol Police officers contesting the matter.

It was even more unreasonable for Babbitt to believe that when her fellow rioters began smashing the windows of the barricaded doors to the Speaker’s Lobby, and that when she attempted to crawl through one of those windows, the armed officers charged with protecting Congress wouldn’t respond with deadly force. Frankly it’s surprising that they didn’t do so as soon as the window-smashing began.

On the other hand, whether or not one likes the Capitol Police, or Lt. Byrd, or Congress, or the outcome of the election, it was entirely — and obviously — reasonable for Lt. Byrd to believe that members of a mob attempting to force their way through those barricaded doors represented a danger of “immediate danger of serious physical injury” or even death to himself and those he guarded.

Furthermore, writes Klein, “the president is clearly willfully blind to ISIS in Afghanistan being a long-term threat to the American homeland. … Biden has shown zero concern for any al Qaeda threat emerging from Afghanistan.”

Oddly missing: Any mea culpas for the neoconservative policy pillars that created,  and fueled the rise of, al Qaeda. And of the Taliban. And of ISIS.

In the 1970s, former Trotskyites like David Horowitz (founder of FrontPageMag), Jean Kirkpatrick (Ronald Reagan’s ambassador to the United Nations), and Paul Wolfowitz (deputy Secretary of Defense under George W. Bush) wormed their  way from “the New Left”  into  the Scoop Jackson wing of the Democratic Party and on into the GOP, transforming themselves from prophets of Trotsky’s “global socialist revolution” into  advocates for “global democratic revolution.”

With predictable regularity, every jar of pickles neoconservatives touch at the foreign policy grocery store falls off the shelf and bursts on the floor.

It takes a lot of nerve to scream at the janitor tasked with the unsavory job of cleaning up their gory messes that he’s missing a spot. And more nerve yet to insist that if the janitor will just help them spill more blood — American, Afghan, and Arab — on the floor, surely all their wildest dreams will eventually magically come true.

American politicians have spent the last 40 years chasing the fantasies of the younger crop of Republican Trotskyites. And before that, they followed a previous generation, led by James Burnham (former leader of America’s Trotskyite sect, later co-founder of “conservative” journal National Review) down the primrose path in Vietnam.

In every instance and without exception, the results of American politicians listening to neoconservatives have been disastrous for Americans and for the world.

They’ll never sit down and shut up, but we can and should tune them out.