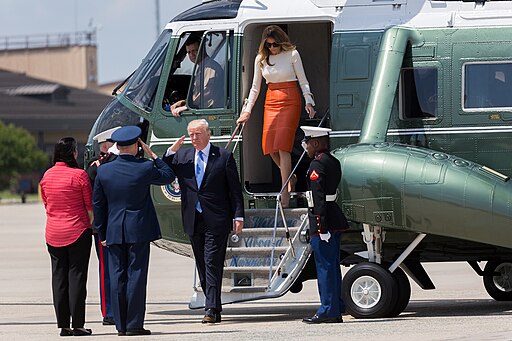 On August 21, US president Donald Trump’s former lawyer entered a guilty plea on several charges. The centerpiece charge: Making an illegal campaign contribution “in coordination and at the direction of a candidate for federal office.” Michael Cohen’s own lawyer, Lanny Davis, identifies that candidate, revealing that Cohen “testified under oath that Donald Trump directed him to commit a crime.”

The issue, of course, involves a hush money payment of $130,000 from Cohen to adult film actor Stephanie Clifford, aka “Stormy Daniels.” The legal theory is that Cohen’s payment constituted an illegal and unreported in-kind campaign contribution to Trump. Or, as it is put in the charging documents, Cohen “made a $130,000 payment to [Clifford/Daniels] to ensure that she not publicize damaging allegation before the 2016 presidential election and thereby influence that election.”

I’m going to argue that that last bit — on which the criminal charge hinges — isn’t necessarily true, but first let me clear the deck.

Yes, it was stupid for Trump to pay hush money for silence from Clifford/Daniels. Yes, it was even dumber for him to have a third party make that payment on his behalf. And beyond being stupid, it was politically unnecessary.

Everyone who cared about Donald Trump’s marital infidelities and sexual peccadilloes already had enough — more than enough — information on the subject to reach the same conclusion that they would have reached from this particular incident. And it was therefore clear that nobody who still intended to vote for him as of late October 2016 DID care. Which leads me to question the claim that the purpose of the payment was political (that is, intended “to influence the election”) as such.

Who else has Trump paid for silence when he wasn’t a candidate for public office, and why? Who knows?

While it’s obvious that the upcoming presidential election was much on Donald Trump’s mind in October of 2016, it’s not obvious to me that someone paying sex-related hush money on his behalf is a “campaign contribution,” especially if he had other reasons (for example, the potential wrath of his third wife) to not want his sex life on the front page. And his history says he did in fact have other motivations.

If a friend gave Trump a pair of shoes for his birthday on June 14, 2016, and he wore them while accepting the Republican Party’s presidential nomination on July 19, 2016, were those shoes a “campaign contribution?”

Trump has committed any number of impeachment-worthy offenses. Perhaps his tormentors should concentrate on those offenses instead of just looking for the easiest way to “get Trump.”