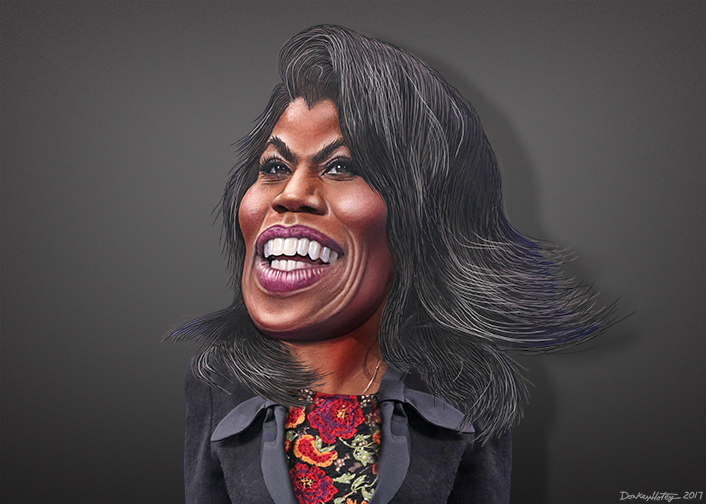 Between her new “tell-all” book and her use of taped conversations to promote it, Omarosa Manigault Newman (former “Assistant to the President and Director of Communications for the Office of Public Liaison”) has the White House in a tizzy.

President Donald Trump publicly refers to her as a “crazed, crying lowlife” and a “dog.” There’s quite a bit of pearl-clutching over one recording which seems to have been made in the White House Situation Room, where some of the government’s most secret stuff gets discussed.

All of which is par for the course in Trump’s America.

I can understand why some people were surprised when a reality TV personality got elected president.

Is there a serious side at all to these made-for-reality-TV melodramatics? Yes. The Trump campaign organization has invoked the arbitration clause of its non-disclosure agreement versus Omarosa, and rumors (stoked by Trump, presidential counselor Kellyanne Conway, and others) imply another NDA specific to her White House employment but generalized beyond the bounds of protecting classified information.

Exposing the likely existence of that second NDA, along with hopefully successfully defying it, makes Omarosa the current front-runner for the title of “Best, Maybe Even Only, Public Servant Produced by the Trump Administration.”

The sustaining fiction of American government is that citizens and taxpayers are the real employers — the ultimate bosses — and that even the top-most government employees are answerable to us.

Fictions like that can only be stretched so far. The idea that Donald Trump can legally interpose himself between Omarosa’s desire to dish on White House life and our desire to listen to her do so stretches this particular tale to the breaking point. A shift manager at McDonald’s doesn’t get to swear the cooks and cashiers to silence should the corporation’s CEO happen along with questions for them.

If it was up to me, the Oval Office and the entire West Wing of the White House would be covered 24/7 by publicly accessible live-streaming web cameras. THEY claim to work for US, remember? The employees don’t get to hide from the employers. What they do on the clock, and how they do it, is our business, not their privileged secret.

Of course, it’s not up to me, and the fiction will likely survive even without turning the White House into an uncut (and probably even more boring) version of Big Brother or Keeping Up With the Kardashians. But Omarosa’s book and its promotion campaign are turning into a much-needed test case for just how far from transparency the executive branch can go without the public, and possibly the courts, finally putting our feet down.