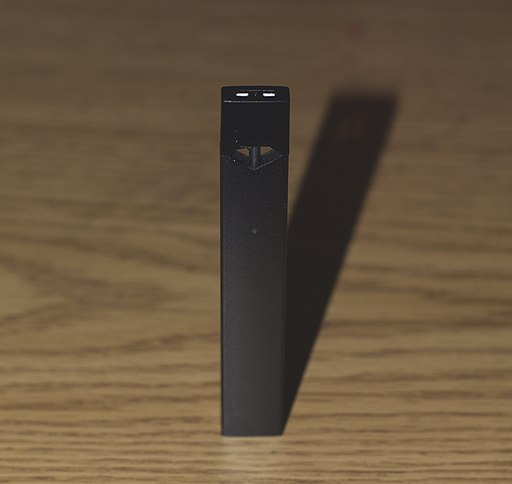 Nitasha Tiku of Wired reports on three lawsuits against JUUL Labs, makers of the JUUL e-cigarette device. The unifying complaint, in brief, is that nicotine is addictive, that the users are addicted, and that their addictions are the company’s fault. There are quite a few problems with these lawsuits.

First, we’ve known for decades if not centuries that nicotine is addictive.  The US government made it official in 1988 with the Surgeon General’s report “The Health Consequences of Smoking: Nicotine Addiction,” but my parents were certainly telling me so, and unsuccessfully urging me to not take up smoking, a decade before that.

School anti-smoking curricula warn kids about, among other things, nicotine’s addictive properties. We’re constantly bombarded by public service announcements on the subject. It’s on billboards. It’s in magazines. It’s on TV. To not know that  nicotine is addictive, one must have actively resisted listening to all the people telling one that nicotine is addictive.

Secondly, plaintiffs in two of the three cases admit that they were addicted to nicotine before they began using JUUL’s product to get away from their existing habits of smoking tobacco cigarettes. JUUL didn’t hook them. They were hooked before they ever chose JUUL as their preferred drug dealer.

The third case was filed on behalf of a minor. His mother’s attorneys claim that he’s so addicted that he “is unable to avoid Juuling” despite draconian parental and institutional measures.  It was illegal for that minor to procure a JUUL device. He did so anyway.  JUUL Labs requires proof that a buyer is 21 or older for direct sales (even though the legal age in many states is just 18), so he either got the device elsewhere or lied to get it from JUUL.

Yes, nicotine is addictive. The plaintiffs knew (or, in the minor’s case, at least should have known) that it was addictive before JUUL ever entered their lives. All JUUL did was offer them an arguably safer, and probably less socially awkward, way of getting their fixes.

These lawsuits are the equivalent of a heroin addict suing a needle exchange or methadone clinic for helping her avoid some of the worst potential consequences of her problem with alternative delivery methods for her drug of choice.

To narrow down the obvious theme: Their problems. Their choices. Their actions. Not JUUL’s. These lawsuits are, plain and simple, just opportunistic money grabs that should be peremptorily dismissed.