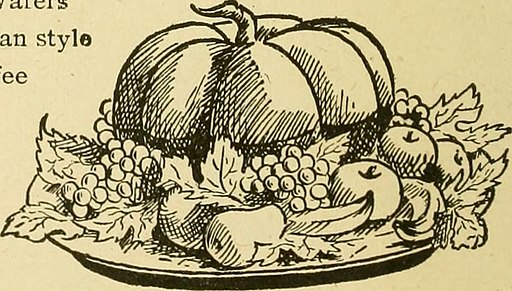 It’s that time of year again. As I write this, the US Thanksgiving holiday approaches and many of us take stock of just what we’re thankful for.

I recently ran into a situation that summarizes my biggest “thankful” takeaway from 2022: A crowded Walmart. As in REALLY crowded. Uncomfortably crowded. “Please let me out of here” crowded.

No, I don’t like shopping, nor am I fond of packed crowds in stores. In fact, for a few years in the early 2000s, I suffered a PTSD-like effect. I just couldn’t tolerate it and simply fled more than once.

But this is 2022, and crowded stores mean that the COVID-19 pandemic panic is over. I couldn’t wait to get out of that Walmart, but not because everyone’s face was covered and everyone was WORRIED sick about the possibility of GETTING sick.

That’s not to say that COVID-19 is over.  As of mid-November, according to Worldometer, the US was still experiencing nearly 40,000 new cases, and suffering more than 300 deaths, per day. Whether we think of that as “pandemic” or “endemic,” the virus is obviously still with us and likely to remain with us. Many of us have lost loved ones and that can still happen.

But we seem to be done with the irrational panic that politicians and “public health” authorities used as an excuse mangle the economy, keep us separated from family and friends, and force us to wear  masks — the equivalent, vis a vis the spread of viral infection, of lucky rabbit’s feet, St. Christopher medals, or “Whip Inflation Now” buttons — nearly everywhere we went.

I’m thankful beyond words that the public has finally calmed down (despite the best efforts of the aforementioned politicians and bureaucrats), and hopeful that we’ll get some measure of accountability for those who turned a bad situation into a worse situation because they believed they could get away with doing so.

In talking with friends about their holiday travel plans, I’ve run into not so much as a single “is it safe?” worry of the type that characterized 2020 and lingered through 2021. Grandparents will see their grandchildren this Thanksgiving and/or Christmas/Hanukkah/Kwanzaa/Yule/etc., and vice versa, some for the first time in nearly three years.

A return to “normal” political polarization, wars and rumors of wars, etc. may not be an improvement, but it’s at least a relief that — for me, anyway — overshadows the various bad news elements of 2022.

On November 16, the Respect for Marriage Act achieved 62 votes for “cloture” in the US Senate, meaning that it will proceed to floor debate and likely — after reconciliation with the House version, which passed in July — become law.

That’s a good thing, but let’s not make it more than it is. The long title of the bill reveals its true purpose:  “A bill to repeal the Defense of Marriage Act and ensure respect for State regulation of marriage, and for other purposes.”

The bill has two core provisions.

First, it applies the US Constitution’s Full Faith and Credit clause to “marriage between two individuals.” If two people — ONLY two people — get married in Massachusetts then move to Texas, Texas has to recognize them as married.

Second, it requires the federal government to recognize a marriage “if that individual’s marriage is valid in the State where the marriage was entered into.”

Both provisions are all well and good, but “respect for state regulation of marriage” isn’t the same thing as “respect for marriage.”

Actual respect for marriage would involve getting both federal and state governments completely out of the business of deciding who can be, or is, married.  Not just “on the basis of the sex, race, ethnicity, or national origin of those individuals,” but completely.

Marriage is one or both of two things: A personal commitment (often, but not always, with religious implications) and/or a contract.

The personal commitment side is not and never has been any of government’s business.

If I get in a car, turn the key, and start moving down the road, am I driving? Yes, I am — even if I don’t have a license from the government to drive.

Likewise, if I get married, I’m married whether or not I have a license from the government to be. I’ve been married for 22 years. No government license, and no need for one. It just so happens that I’m married to one other person rather than, say, five other people, but in the latter case I’d still be married, whether government “recognized” that or not.

The only relevant questions, where government is concerned,  surround whether the parties to a contract consented (and were competent to consent) to and complied with its terms.

Good start. But let’s take this all the way.

As cryptocurrency exchange FTX falls into bankruptcy and its principals seem likely to face various criminal charges over the activities leading to that bankruptcy, it’s time for another round of crowing from opponents (and would-be regulators) of cryptocurrency. Which means it’s time for another round of pointing out where those opponents and would-be regulators are all wet.

It’s too early in the day to even try to untangle what happened with FTX, but what SEEMS to have happened is a “Ponzi scheme.” That is, older investors in FTX and related enterprises such as trading firm Alameda Research seem to have been paid supposed “profits” from incoming investment revenues while the other money all went … well, somewhere.

And, believe it or not, none of it has anything whatsoever to do with cryptocurrency — Bitcoin, Ether, etc. — as such.

Yes, the allure of cryptocurrency was used to attract investors and customers.

Yes, cryptocurrency was among the media of exchange used in the alleged scams.

Question 1: How many scams throughout history have been perpetrated using the allure of dollars and using dollars as the medium of exchange?

Question 2: How many times has the dollar itself been blamed for, and tanked in value because of, those scams?

Remember the sub-prime mortgage crisis of 2007? How about the Savings & Loan crisis of the 1980s-90s? Bernie Madoff? Enron?

A lot of victims have lost a lot of money in a lot of scams.

We rightly blame the scammers for scamming their victims.

If we ARE the victims, we may blame ourselves for getting tricked into doing something stupid.

We also rightly blame government regulators, usually for the wrong reasons. Every time regulation fails to nip a scam in the bud, we’re told that more regulation will solve the problem — until the next time, when the answer is, once again, more regulation.

But we usually don’t blame the money, even when we should.

The Federal Reserve has been scamming you for more than 100 years by inflating/debasing government-issued money at will. That dollar bill in your pocket buys about 1/28th of what it would have bought in 1914.

Bitcoins, on the other hand, are produced algorithmically  at a fixed rate, and once a maximum number (21 million)  have been “mined,” there won’t be any more. That doesn’t mean your Bitcoin will increase or decrease in value, but if it does it won’t be because a government board has the power to magically create more.

The FTX scandal did hit cryptocurrency prices, and maybe it should have. The hit is a market signal to all of us. Message delivered, if we’ll listen: When you hand your money over to shady hucksters on the promise of unrealistic profits, bad things happen.