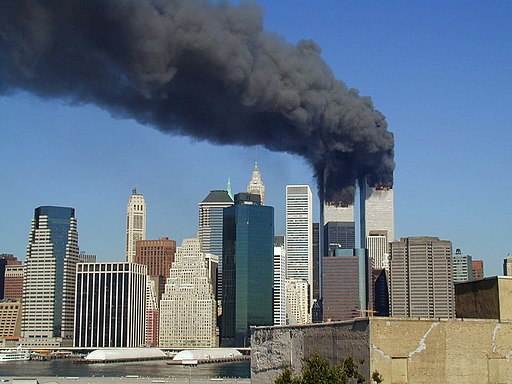 “[W]e may never know all of the facts surrounding the murder of Mr. Jamal Khashoggi,” US president Donald Trump told the nation on November 20, but “[t]he United States intends to remain a steadfast partner of Saudi Arabia to ensure the interests of our country, Israel and all other partners in the region.”

Many find the president’s statement curious indeed given the seeming consensus among the Turkish and US intelligence communities that Saudi Crown Prince Mohammad bin Salman ordered Khashoggi’s murder at the Saudi consulate in Istanbul. But two simple numbers clarify just how much importance successive administrations,  including Trump’s, have placed on the US-Saudi relationship.

The first number is the number one.

Jamal Khashoggi was one man. He was a Saudi citizen, and considered an enemy of the state by “his” government to boot. He was neither a US citizen, nor was he killed on US soil. In fact, he was technically killed on Saudi soil — consulates enjoy the same “sovereign” status as embassies. His murder, while evil and tragic, was really not any more the business of the US government than the execution of an American in Texas would be Mohammed bin Salman’s concern.

That’s how many people 19 hijackers (15 of them Saudis) killed (excluding themselves) at the World Trade Center, at the Pentagon, and at a crash site in Pennsylvania on September 11, 2001.

No later than December of 2002, and presumably before that, the US government knew that the 9/11 hijackers had received significant funding and support from Saudi  government officials and members of the Saudi royal family.

That information remained classified until 2016, when 28 previously redacted pages from Congress’s official 9/11 report were finally released to the public — and still “friendly” relations between Washington and Riyadh continued without interruption.

The US invaded Afghanistan (none of the hijackers were Afghans) in response to the 9/11 attacks.

The US government insinuated a relationship between al Qaeda and Saddam Hussein’s regime in Iraq as part of its justification for invading that country in 2003 (none of the hijackers were Iraqis, and in fact al Qaeda was among Saddam’s most implacable enemies).

But Saudi Arabia got a free pass, as did the United Arab Emirates (where two of the hijackers came from).

Saudi Arabia and the UAE control a great deal of  the world’s oil, and can threaten to disrupt international oil markets (and international life in general) any time they don’t get their way.

Saudi Arabia and the UAE are also the top two buyers of of US weapons.

Finally, Saudi Arabia and the UAE support the US agenda of isolating Iran and frustrating its regime’s regional ambitions, and allow the US military to operate bases on their territory pursuant to that agenda.

Next to those considerations, 2,977 murders on US soil, most of them Americans, didn’t matter to George W. Bush or to Barack Obama.

Nor do those 2,977 murders, let alone the murder of one Saudi journalist in a Saudi consulate, matter to Donald Trump.

When congresswoman-elect Alexandria Ocasio-Cortez (D-NY) confessed her personal financial dilemma — “I have three months without a salary before I’m a member of Congress. So, how do I get an apartment? Those little things are very real” — to  the New York Times, guffaws broke out on the right.

“Some of those shoots she had during her campaign, she had these multi-thousand dollar outfits that could pay a month’s rent in Washington,” said Fox News correspondent Ed Henry.

“[T]hat jacket and coat don’t look like a girl who struggles,” wrote the Washington Examiner‘s Eddie Scarry in a tweet he deleted after an uproar.

I get it. It’s easy to mock a self-proclaimed “democratic socialist” who wants to re-make the US economy when she hasn’t proven her own financial acumen by piling up a nice nest egg before running for Congress.

But return with me now to those thrilling days of yesteryear …

Former House  Majority Leader Dick Army (R-TX), who served in Congress from 1985-2003, slept in his office rather than rent an apartment in DC. So did outgoing Speaker Paul Ryan. In fact, that trend caught on among Republican members of Congress to such an extent that earlier this year it resulted in an ethics complaint from members of the Congressional Black Caucus.

A half-religious, half-political organization  called The Fellowship runs the C Street Center, where (mostly Republican) congresspersons pay discounted rent for rooms — with maid service. Why? “A lot of men don’t have an extra $1,500 to rent an apartment,” The Fellowship’s Reverend Louis P. Sheldon told the Los Angeles Times in 2002.

Some congressional Republicans describe the “live in my office” routine as political theater, demonstrating their principled devotion to “fiscal responsibility.” Others frankly admit that even on a salary of $174,000 a year it’s not easy to maintain two households (one in their districts, one in very, very expensive DC).

And, let’s be clear here: Alexandria Ocasio-Cortez is an outlier. She was a waitress before running for, and unexpectedly winning, election to a body in which the average member’s net worth is more than $1 million. If anyone has a valid complaint about the increased living costs involved with serving in Congress, it’s her.

This is a chance for her to show off her “democratic socialist” credentials. She favors income equality and presumably opposes rent as exploitative, right?

Ocasio-Cortez should introduce a bill to provide housing for members of Congress — in squad bays at Marine Corps Barracks Washington DC, a mere 25-minute walk from the Capitol — while simultaneously reducing pre-tax congressional pay to the average American’s post-tax income.

I wonder how many “fiscally responsible” Republican members of Congress would support such frugality and equality. And, given their own similar preening, why some wouldn’t.

To whom it may concern:

I received an email today from a newspaper editor, in response to a fake email invoice he received demanding payment for Garrison Center op-eds.

PUBLISHERS WILL NEVER, EVER, EVER BE ASKED TO PAY FOR GARRISON CENTER OP-EDS

I apologize to any editor or publisher whom these scammers, whoever they may be, have attempted to victimize.

UPDATE: If you receive one of these invoices, do NOT call the phone numbers on it. They appear to be foreign “premium” numbers, sort of like US 900 numbers. The whole point of the scam is to get you to call those numbers … and run up a hefty charge on your phone bill that goes to the numbers’ owners.