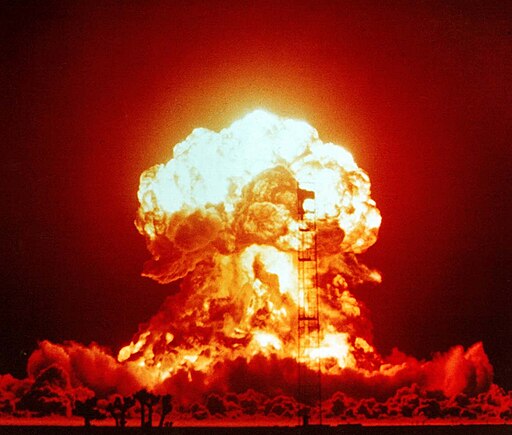 Opening a column with statistics and dates may not be the best way to get your attention, but these three statistics and single date are important, so please take note:

The median age worldwide is 31 years.

The Cold War ended, more or less, with the dissolution of the Soviet Union in 1991, 31 years ago.

To put it a different way, half of humanity and close to half of Americans and Russians in general can’t remember the days of “Mutual Assured Destruction.”

Put simply, MAD was a situation in which at least two world powers (the US and the USSR) possessed enough nuclear weapons, in enough locations, to ensure that if one of the two decided to go nuclear on the other, both countries (and likely the world) would be reduced to lifeless, radioactive wastelands.

Those of us who came to adulthood before 1991 grew up in constant knowledge of our own prospective annihilation on, at most, a few minutes’ notice.

It wasn’t a good feeling.

On the other hand, I guess it worked. We’re still here, anyway.

Lately, there’s been a lot of talk about the possibility of “limited” nuclear war using “tactical” weapons. That talk is based in speculation that Vladimir Putin might resort to a nuclear strike in Ukraine. Whether that speculation is really warranted is an interesting question and one I can’t answer for you, since I don’t work at the Kremlin.

What’s far more dangerous than that speculation is additional speculation over what the response from other nuclear powers would be if the Ukraine war DID “go nuclear,” even in a small way.

The problem with nukes is that the genie is out of the bottle. They’ve been around since 1945 and used twice (Hiroshima and Nagasaki). They’re not going to get un-invented, nor are the regimes which possess them likely to give them up (we should work toward that, but don’t bet the ranch on it happening).

That being the case, the notion that hey, maybe we could live with nukes being used here and there, in very special cases, by very special regimes, and just pile on some more sanctions or throw a non-nuclear cruise missile or two at the rogue state to express displeasure, is madness … which is the opposite of MADness.

The way — the  ONLY way — to get through this crisis or any other without popping the cork on Armageddon is for every regime decision-maker  in the world to know, down in their guts, beyond a shadow of  doubt, that if they use nukes, nukes will be used on them.

Even that might not work, but it’s the only thing that ever HAS worked.

If any one regime goes nuclear, even in a small way, and gets away with it, every other nuclear power on earth will consider itself free to do the same, and sooner or later it will exercise that option.

There must not be a third time.