As I write this, the Taliban  have assumed full political control — to the extent that such a thing can exist — of Afghanistan. They’ve taken Kabul. They’ve put the US occupation’s puppet president, and many Afghans who served the occupation presence, to flight. They’ve declared the restoration of their “Islamic Emirate.”

Despite the sometimes ugly particulars, that’s good news for America. A war that should never have happened, and that once it happened should have lasted more like 20 weeks than 20 years, is finally ending.

So, let’s get down to serious discussion about the coming “peace dividend.”

As of last month, according to Brown University’s Watson Institute, the US government had spent more than $2.2 trillion — an average of about $110 billion, or more than $300 per American, per year — losing  in Afghanistan.

Some of those costs — for example, more than $500 billion ($25 billion per year) in interest on war borrowing,  and nearly $300 billion ($15 billion per year)  in medical and disability costs for the US armed forces’ wounded — will unfortunately continue to  nickel-and-dime American taxpayers far into the future.

At a conservative (VERY conservative) estimate, let’s call it $70 billion a year in savings. I’d be surprised if the real number is less than $100 billion, and un-surprised to learn that there’s more than $500 billion in Afghanistan-related fat in the US government’s annual spending.  But let’s bend over backward to be fair to the big spenders and pretend it’s just $70 billion.

The big problem, of course, is getting politicians to resist the wheedling of “defense” contractors and armed forces bureaucrats.  They want that money rolled over into exciting new (or old), and invariably bad, ideas for US military adventurism (e.g. “confronting China” or “countering Russia”), rather than simply removed from the Bad Idea General Fund.

That’s a difficult problem, but it’s also an incredibly important problem. If the people who keep getting us into expensive fiascoes like Afghanistan are allowed to just roll old money over into new scams when the old ones finally collapse,  those scams will keep coming and keep getting more expensive. The US “defense” budget must be cut by at least $70 billion per year going forward.

As to what should be done with that savings, lots of people have lots of ideas. Mine would be to leave $70 billion per year more in ordinary Americans’ pockets through some kind of bottom-bracket tax cut. But before we can do anything with it, we have to pry it out of the military-industrial complex’s grasp.

As I write this column, the Taliban are on a roll. They’ve taken 12 of Afghanistan’s 34 provincial capitals in a single week, including the country’s second and third largest cities (Kandahar and Herat), and Ghazni, which sits astride the main highway connecting Kandahar to the national capital of Kabul.

The US occupation’s puppet president, Ashraf Ghani, blames his government’s debacle in progress on the “abrupt” withdrawal of US forces. Apparently 20 years of the US doing his heavy lifting — contributing not just troops but money, training, and support for his own army — followed by 15 months’ notice of withdrawal, then a three-month extension of the withdrawal deadline, just didn’t give him time to prepare.

American hawks aren’t complaining about the “abruptness” of the withdrawal timeline. They’re  appalled that the US would ever, under any circumstances, consider withdrawing at all. The fiction they’d have us subscribe to is that until and unless Afghanistan becomes a western-style “liberal democracy,” withdrawing means that the 2,500 Americans killed there will have “died for nothing.”

Not true. Those men and women did die for something — something the hawks would rather not talk about. They died to keep the hawks’ campaign coffers (and, via insider stock trading and revolving-door job opportunities, personal bank accounts) full of money from US “defense” contractors.

They did, however, “die for nothing” if the goal was to turn Kandahar into Kokomo. That was never going to happen. And the current situation explains why.

The Taliban’s march down the road toward Kabul didn’t come out of nowhere. The Taliban didn’t wake up one morning, realize US forces were withdrawing, and start planning to take over. They’ve been fighting  to re-establish their rule of Afghanistan for two decades now, and for most of that time they’ve been winning.

The Taliban’s impending victory isn’t a function of “abrupt” US withdrawal. The US was always going to leave sooner or later, and the Taliban were always going to be in good position for a final offensive when it did.

The only question is, and always has been, just how much more blood and treasure the US is willing to waste before acknowledging that fact of reality. And the answer to that question should have always been “no more.” 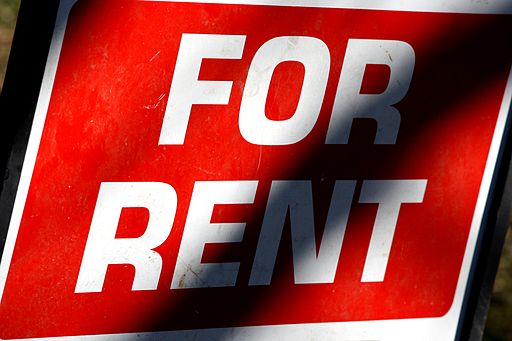 As the US Centers for Disease Control moves to extend a federal eviction moratorium that (including its original CARES Act version) has now been in place for most of 18 months and that President Joe Biden himself concedes is “not likely to pass constitutional muster,” most of the public rhetoric and advocacy boils down to “what about the tenants?”

That’s understandable. Nobody — at least nobody who’s ever faced the prospect of homelessness and has any heart at all — wants to see tenants kicked to the curb with nowhere to go, especially tenants who, through no fault of their own, have been pushed into a financial corner by nearly a year-and-a-half of lockdowns, business closures, and other fallout from the COVID-19 pandemic.

Much less often asked, though, is the question “what about the landlords?” When that question does come up (and it’s coming up in the courts again as the National Apartment Association and other landlord groups sue for compensation pursuant to the Fifth Amendment’s “takings” clause) one can almost literally hear the world’s smallest violin tuning up in the background.

I’m aware of, and reasonably well versed in, the centuries-long arguments over the ethics of rent and of property in land. I don’t aim to settle those arguments here.

Given the long history of land ownership and home/apartment rental in the United States, though, it seems to me that the plaintiffs have a good case, and that the American “landlord class” deserves a far more sympathetic ear than it’s had lately.

I’ve been a renter for most of my adult life, including times when I could have swung a down payment and qualified for a mortgage to own instead of rent. Renting made more sense for various reasons, including my somewhat itinerant lifestyle — following jobs, following love, etc.

Most of my landlords haven’t been giant corporations with deep pockets. They’ve been regular people who worked hard, put their money into real estate down payments, and tried to keep that real estate occupied by paying tenants until the property was paid off and might perhaps turn a profit or be sold. And even the giant corporations with deep pockets are providing a service to willing customers. They’re not charities and shouldn’t be expected to act like charities.

During the eviction moratoria, landlords haven’t shed themselves of responsibility for keeping the water running, keeping the heat and air conditioning in working order, and making mortgage payments. They’re still paying, or trying to pay, those costs. But they’re not getting the rent that tenants freely agreed to pay before moving in.

If you’re looking for a solution that pleases and protects everyone, I’m sorry to say you’re reading the wrong column. I have no such solution to offer.

However, given that the government’s solution to every COVID-19 problem so far has been to kick the printing presses into high gear and mail out checks,  it seems to me that America’s landlords have a better case than most in suing for checks of their own.