The controversy around President Donald Trump’s recent tweets targeting “The Squad” — four Democratic members of Congress who are all women, all people “of color,” and all of whom Trump seems to think aren’t “from America” (one came from Somalia as a young woman and became a US citizen at 17; the rest are “natural born” US citizens) — largely centers around perceptions of his personal bigotry.

Is  Trump a racist? A xenophobe? A misogynist?  His public history, going back at least to the early 1970s, offers evidence for all three accusations. Some people find that evidence compelling, some don’t.

But to focus on Trump’s personal beliefs in any of those areas is to miss the point. He’s not an individual actor living out his life in private. He’s a public actor, leading a major political party, occupying the highest political office America has to offer, and campaigning for re-election to that office.

A decade ago, I began writing on a phenomenon I call “Peckerwood Populism” (“peckerwood,” a regional version of “woodpecker,” became first a slur used by poor southern black Americans to describe poor southern white Americans, then a self-descriptor and symbol proudly used by white racists). Here’s my description of Peckerwood Populist politicians circa 2009:

At one time, overt Peckerwood Populism was the mainstream in southern politics, preached by segregationist Democrats and, as it lost popularity, “Dixiecrats.” As it became even less popular and less overt and switched parties (with Nixon’s “southern strategy”), its reach expanded outside the south and loomed large in American politics until at least as late as 1988 (remember the Willie Horton ads?).

Peckerwood Populism is enjoying a nasty resurgence in the Age of Trump (and Trump is far from its sole practitioner).

If you can’t expand your base, you win by working harder to get more of that base out to the polls. You throw them lots and lots of red, racist, xenophobic, misogynist meat.

That’s exactly what Trump is doing. Whether he really means the crazy things he says is (mostly) beside the point. He believes his base believes those crazy things. If he’s right, that’s a far bigger problem than Trump himself.

Claiming to speak for “we the people,” the framers of the US Constitution offered it as a tool to “form a more perfect Union, establish Justice, insure domestic Tranquility, provide for the common defence, promote the general Welfare, and secure the Blessings of Liberty to ourselves and our Posterity.”

More than 230 years later, is the federal government doing a good job of delivering on those purposes? A poor job? Or is it, perhaps, up to some entirely different job? Let’s look behind Door Number Three:

According to the late  political philosopher Anthony de Jasay, the modern state is a “redistributive drudge …. If its ends are such that they can be attained by devoting its subjects’ resources to its own purposes, its rational course is to maximize its discretionary power over these resources. In the ungrateful role of drudge, however, it uses all its power to stay in power, and has no discretionary power left over.”

How much discretionary power does the federal government exercise over your resources?

Well, in 2019, actors in the US economy, including you, will produce goods and provide services worth more than $21 trillion. Also in 2019, the federal government will seize and spend more than $4.4 trillion of that $21 trillion.

How much justice, tranquility, defense, general welfare, and liberty does that much discretionary power buy? How much SHOULD it buy?

Personally, I’d say we’re well past the point where giving more discretionary power to the state serves the ends touted in the preamble to the Constitution, and far into a situation where the primary activity of government in the United States is using its power to stay in power.

From any debate between candidates for public office, one may collect a veritable basket full of promises.

But listen closely to the promises and you’ll find that unless the candidate is a Libertarian, they’re  always conditional: Give me more power, give me more money, and I’ll give you X.

Even Republican candidates who promise tax cuts tout a “Laffer Curve” equation under which lower tax rates will supposedly produce more total revenue — and with it more discretionary power — for them.

Do you consider keeping politicians in power a project worthy of nearly one out of five of the dollars you earn?

If so, by all means keep voting for candidates who advocate an ever stronger and ever more expensive federal government. There are usually at least two such candidates on your ballot for any office — they’re called Republicans and Democrats.

If not, vote Libertarian. Or abandon politics altogether. 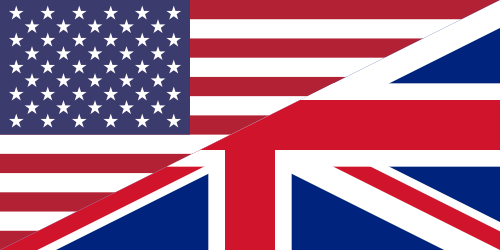 As of July 23,  members of the United Kingdom’s Conservative Party will have chosen a new leader. On July 24, Queen Elizabeth II will appoint a new prime minister,  almost certainly that new party leader. The two remaining contenders for those jobs are former Foreign Secretary Boris Johnson and current Foreign Secretary Jeremy Hunt.

The elephant in the UK’s political room at the moment is, of course, Brexit. But another issue looms large as well, especially from across the Atlantic. That issue is foreign policy, particularly the UK’s tendency to throw in with US military interventions in the Middle East.

On July 16, when asked about the prospect of the UK joining the US in a war on Iran, Johnson responded bluntly while Hunt prevaricated.

Johnson: “If you ask me if I think, were I prime minister now, would I be supporting military action against Iran, the answer is ‘No.”‘

Hunt: “The risk we have is something different, which is an accidental war, because something happens in a very tense and volatile situation.”

On the one hand, it’s naive to take any politician at his word, especially when that politician is lobbying for election to public office or a party leadership position. On the other, a seemingly straight answer is probably a more reliable indicator than a transparent dodge.

Johnson gave that seemingly straight answer — the answer of a bulldog relentlessly focused on his country’s interests rather than on maintaining  its “special relationship” with the United States.

Hunt’s answer, unfortunately, immediately brought to mind former PM Tony Blair’s unconvincing denial of accusations that he was US president George W. Bush’s “poodle” in the run-up to the 2003 invasion of Iraq.

“I choose my own way …” Blair insisted. “[T]hat region of the world — most of all the people of Iraq — would be in a far better position without Saddam Hussein.  Does that mean that military action is imminent or about to happen? No. We’ve never said that. We have said ‘Here is an issue. It has to be dealt with. We will deal with it, but how we’ll deal with it is an open question.'”

Blair ended up committing the UK to what turned out to be a ruinous project for pretty much everyone involved. An official inquiry into the fiasco, conducted by Sir John Chilcot, resulted in a 2016 report accurately characterized by The Guardian‘s Richard Norton-Taylor as “an unprecedented, devastating indictment of how a prime minister was allowed to make decisions by discarding all pretence at cabinet government, subverting the intelligence agencies, and making exaggerated claims about threats to Britain’s national security.”

Johnson’s seemingly firm position is no guarantee that as prime minister he would wisely refrain from joining in future US military adventures.

Hunt’s decision to muddy the waters is virtually a guarantee that, like Blair, he would prioritize maintaining the “special relationship,” no matter the cost in blood and treasure to the United Kingdom, and no matter the damage to the cause of world peace.